How to Resole A Boot: A Hypothetical Future
New Orleans Community Printshop & Darkroom Gallery, May 2018
as Gulf Revolutionary Artist Formation aka GulfRevAF

The year is 2099. The swamps continue to choke from the petrochemical fumes that have plagued the Gulf Coast for over a century. The flora has collapsed by the endless salt water intrusion and lack of new, rich sediment. The skeletal landscape has forced thousands from their homes in search of higher ground.
Listen closely, though and a small buzz can be heard. Small makeshift shacks house pirate radio stations and secret printing presses stitch together what is left of the bayous. A small printshop is nestled among the grasses and continues to distribute hope and warnings with ink and paper.

Crude/Intrusion, 2017
(from Thicker than Water) 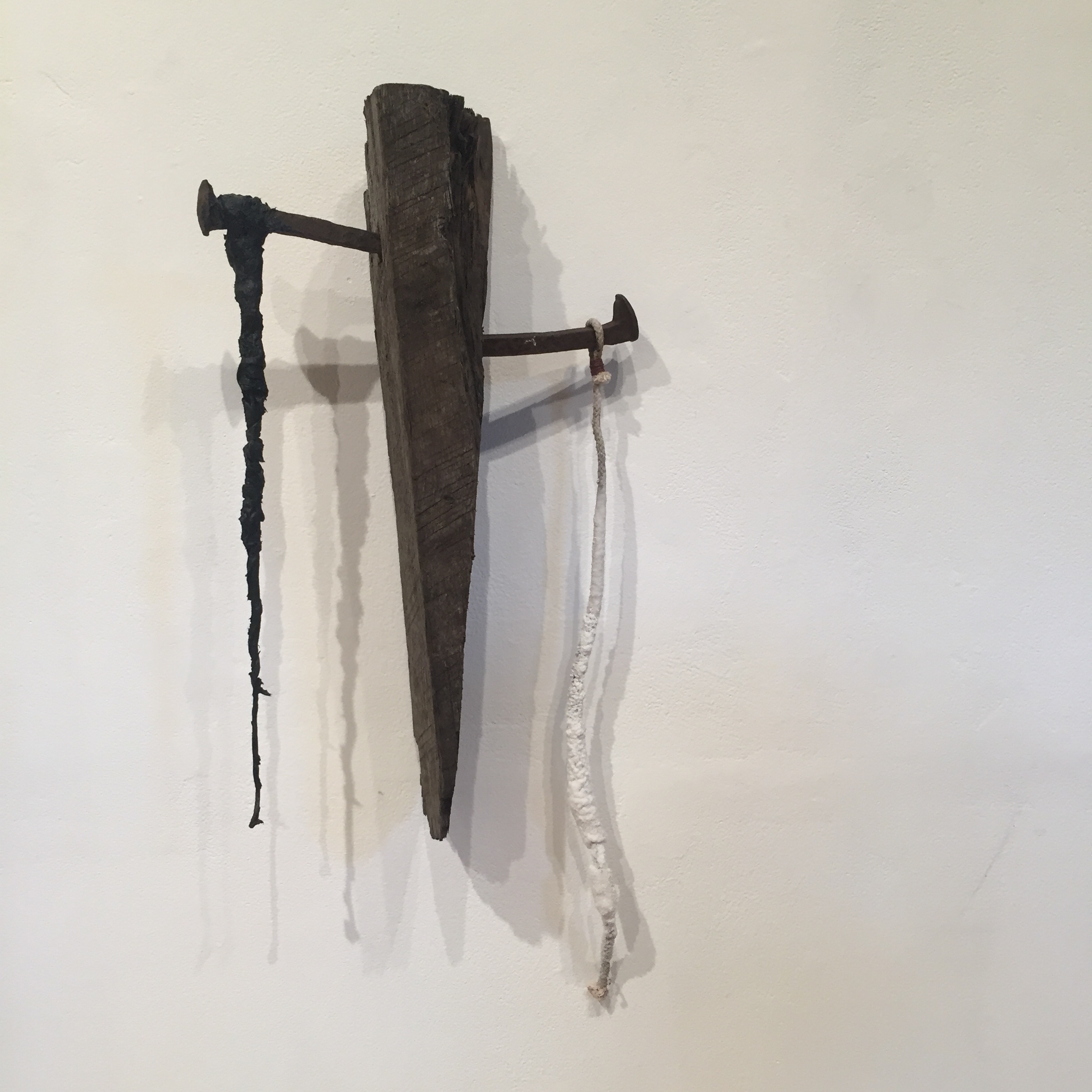 Tar/Feathers, 2017
(from Thicker than Water) 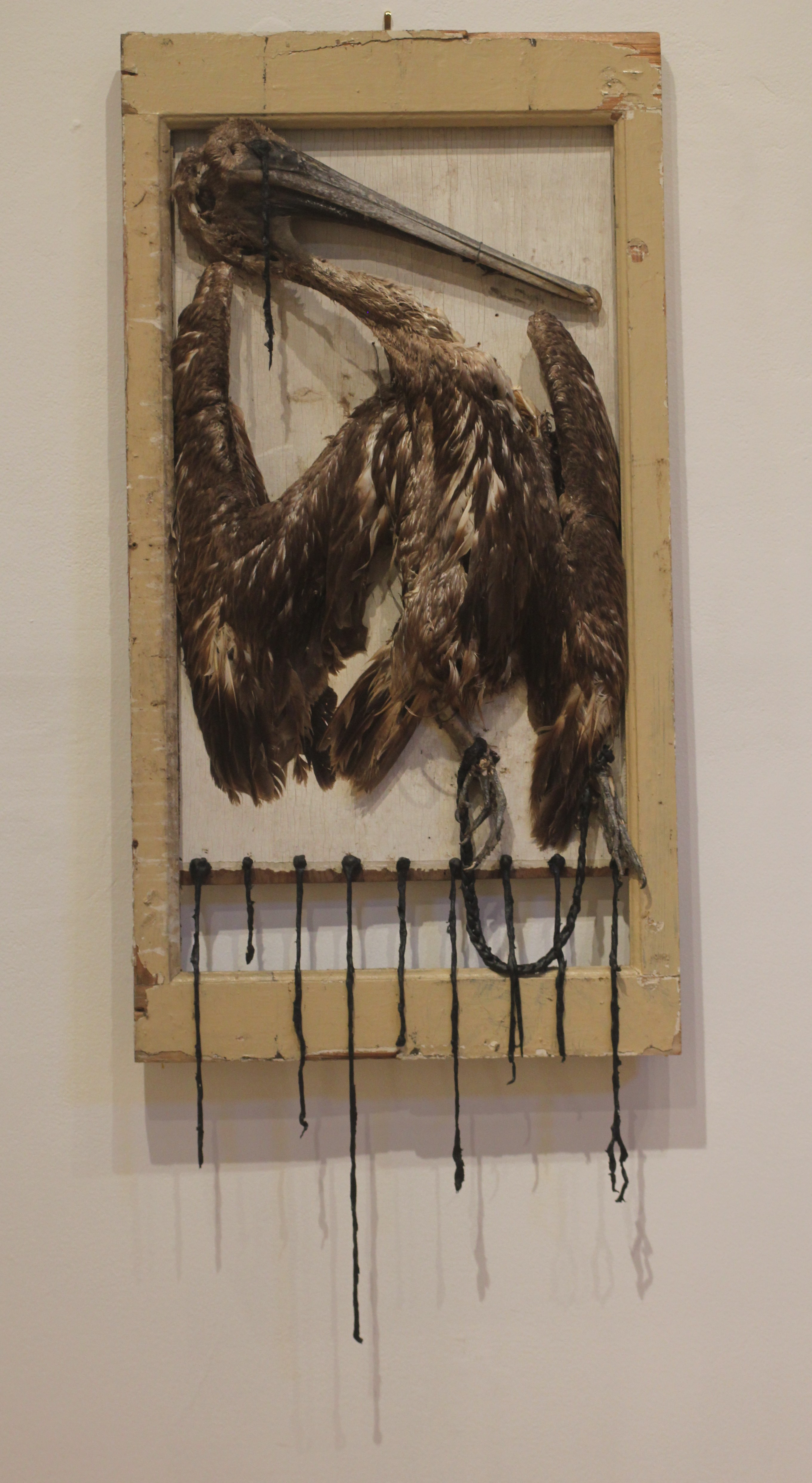 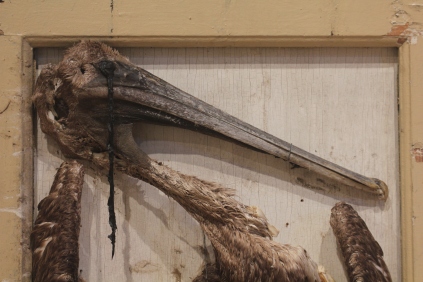 Curated:
Thicker Than Water: Alternatives and Realities of Living with Oil

The existence of South Louisiana has been a centuries-old project of growth and decay, gains and losses. Both Big Business and the ever-growing Resistance are constantly experimenting with new ways of navigating through the murky milieu of this uniquely swampy state. With a major Exxon refinery sitting in the backyard of the State capitol, it takes little effort to point out the influence of Big Oil in shaping the political, as well as the environmental, landscape.

However, as energy companies continue to exert their power and try to cut through our bayous with their their stranger-than-fiction laws and lawsuits, this growing wave of opposition is making itself heard and felt. ThickerThan Water is a show demonstrating the duality of living on this liquid land, of defending the wild while driving petroleum-fueled cars or flying hundreds of miles for holidays or environmental conferences. The show will imagine alternatives to our Oil & Gas narrative, while bluntly laying bare that the coast is likely already toast. 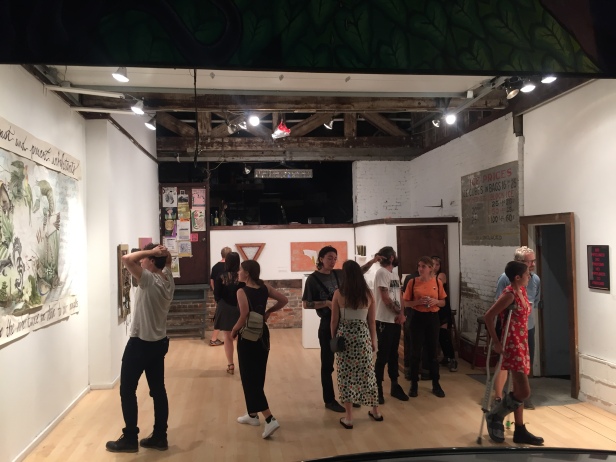 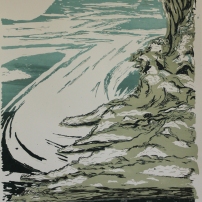 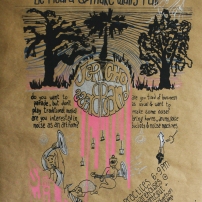 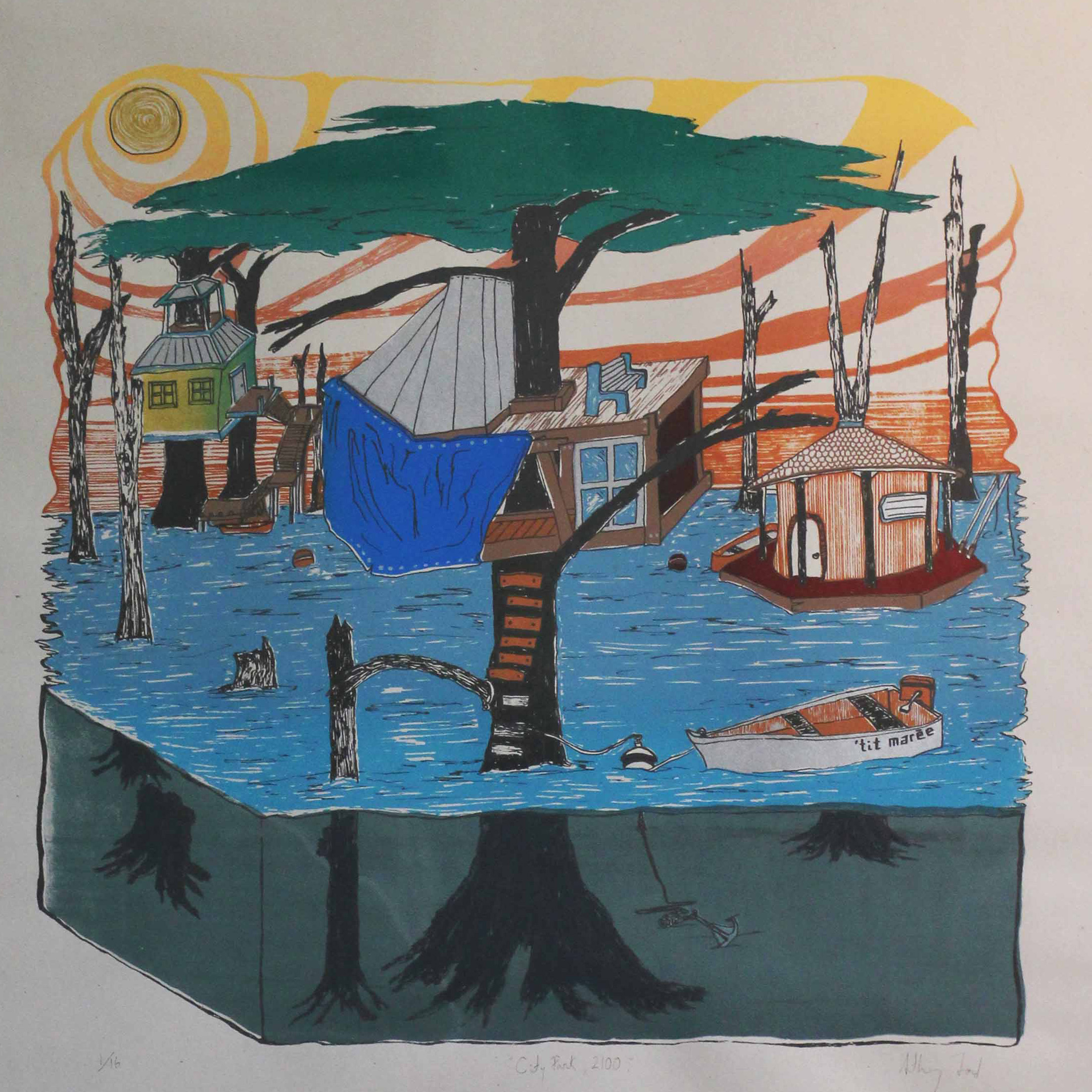 Salt has often played a significant role in history without much of a spotlight. it’s power maintains a degree of mystery & reverence. it is one of the many factors shaping our coastal environments through salt water intrusion into brackish & fresh water areas. both the presence & absence of salt can have constructive or destructive effects & it is in the midst of changing the future of coastal Louisiana.

This installation is about how we create, order and relate to space. In various societies, architectural structures often imply nuanced understandings of the cosmos’ relationship to human beings. We shape our context as much as it shapes us. Although I have given shape to this installation, the site has shaped itself in many ways.
In my installation, the competing levels and planes of the arrangement refer to the way we often build and compartmentalize our minds in order to organize, understand and function in our world. The levels of expression emphasize the different states of physical space and mental space.
Throughout the process of making this piece, I have been reflecting on the use of right angles and boxes versus curves and spheres. I think we simultaneously acknowledge our Earth as round while we live, speak, and build as if it were flat. Despite knowing the Earth rotates, we all still agree the sun will set tonight. 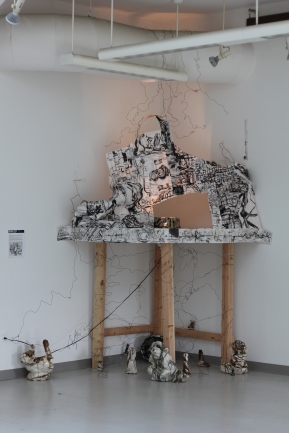 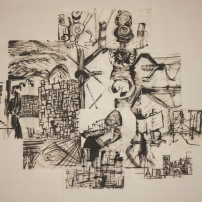 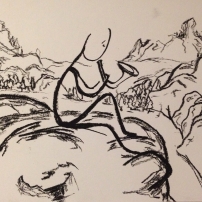 Self Portrait, 2012, Charcoal and pencil