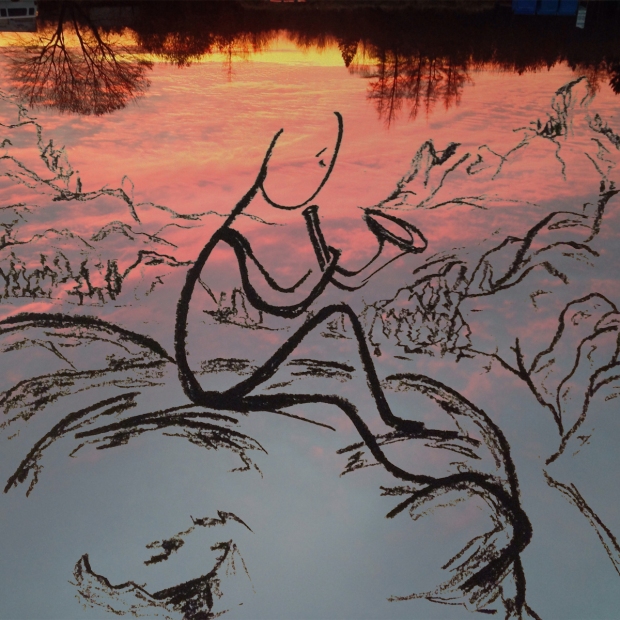 People have asked how I’m doing and if I’m ever going to update my blog. I’ve considered writing a variety of things–most of which include the numerous reasons why I’m pissed that I’m home with a bunch of hardware screwed into my head and as opposed to finishing my trip. I’ve far from taken this ‘experience’ gracefully and it takes a lot of effort to keep my spirits up, but I try and usually succeed.

The pain for the most part has subsided. I’m regularly surprised when my back hurts and I remember, “Oh, yeah. I broke it. In two places. And I broke my neck. In two places.” It’s still hard to believe the seriousness of my injuries. If anything, the benefit of the halo is that its annoying existence serves as a major distraction to the fact I could have pretty easily have paralyzed my vital organs and died…but I didn’t so now I just have a virtual pest mounted to my face and strapped around my body. The simplest or most potent way to understand the frustration of wearing a halo is to imagine being unable to lay your head on a pillow. I figure the rest you can infer from that. Apart from the nuisance of trying to sleep comfortably, the getup isn’t so bad. I’m over my ridiculous appearance. I would never want to wear this again, but I figure I have three weeks left and then it becomes a memory and possibly an engaging story.

I read most of the time. I take a long time to respond to emails, which I feel bad about, but I have a hard time finding the words. A friend of mine sent me the below article, which I suppose runs pretty parallel to how I feel when it comes to the dangers of biking. Of course, biking is dangerous, but when will we actually accept that our excessive fossil fuel consumption is killing thousands upon thousands. No one can deny that the catastrophe in the Philippines is the result of our refusal to give up petroleum as our primary energy source.

I guess my point, now and while I was riding, is that biking is worth the risk. If it can help change the way people think about transportation, then I’ll keep biking and encouraging others to encourage others to bike instead of drive whenever possible. Biking brings people together and keeps things local. It would take a lot of bikes and a lot less cars and trucks to make a difference, but I suppose that’s the goal and what’s the alternative?

Here are two quotes from the article and the link below.

Convictions carry life-destroying penalties, up to six years in prison, Mr. Thomas pointed out, and jurors “just think, well, I could make the same mistake. So they don’t convict.” That’s why police officers and prosecutors don’t bother making arrests. Most cops spend their lives in cars, too, so that’s where their sympathies lie.

Every time you get on a bike, from this moment forward, obey the letter of the law in every traffic exchange everywhere to help drivers (and police officers) view cyclists as predictable users of the road who deserve respect. And every time you get behind the wheel, remember that even the slightest inattention can maim or kill a human being enjoying a legitimate form of transportation.

from Is It Okay to Kill Cyclists? by Daniel Duane: